Role-players will find the game’s character development very familiar. Characters have classes such as fighter, wizard, and rogue, as well as numbers that define strength, dexterity, intelligence, etc. You’ll improve your character by acquiring new items, allies, spells, and weapons as you explore and overcome challenges; over time, you’ll be able to customize your deck to better suit your own individual vision of your character.

The game can be played solo, or with other adventurers using built-in pass-and-play functionality. 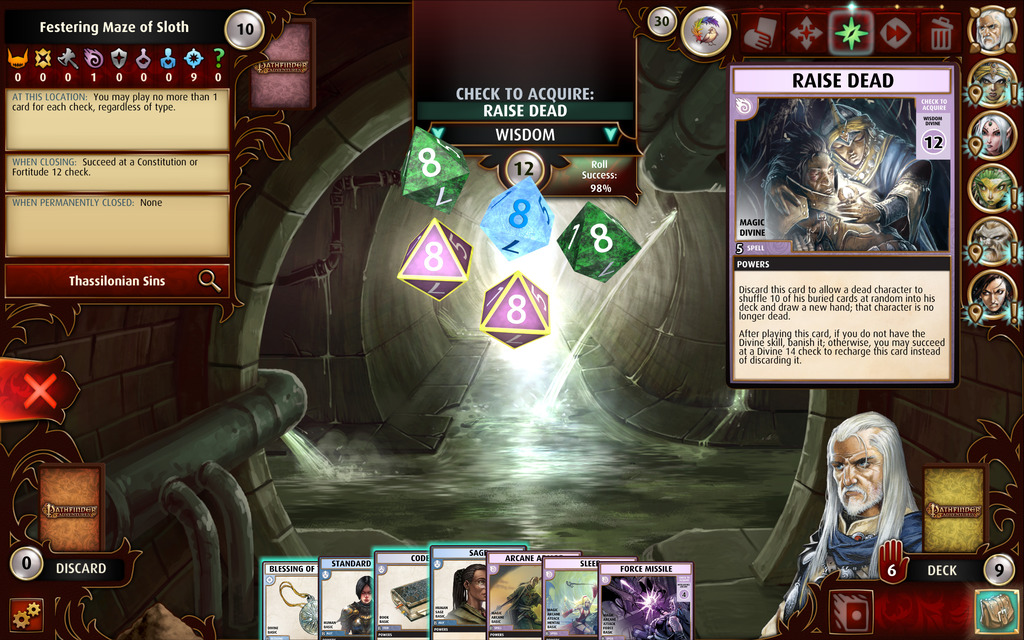 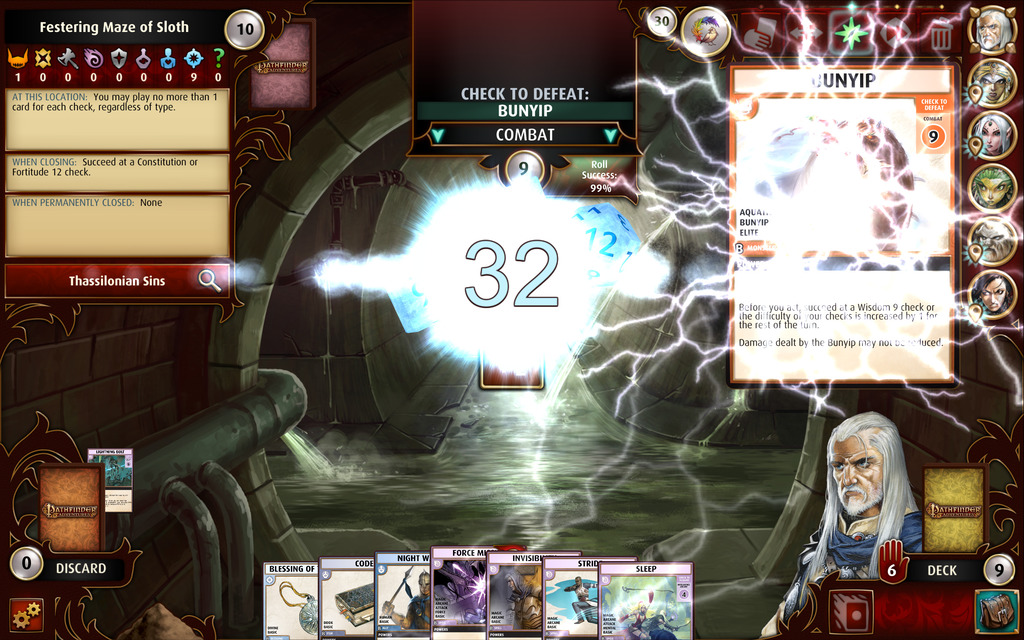 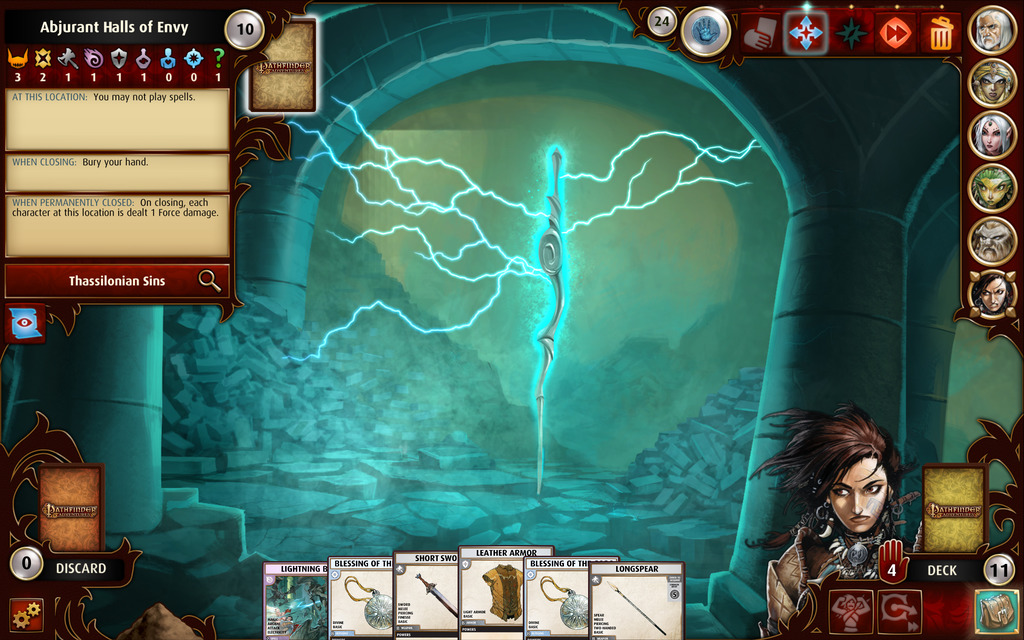 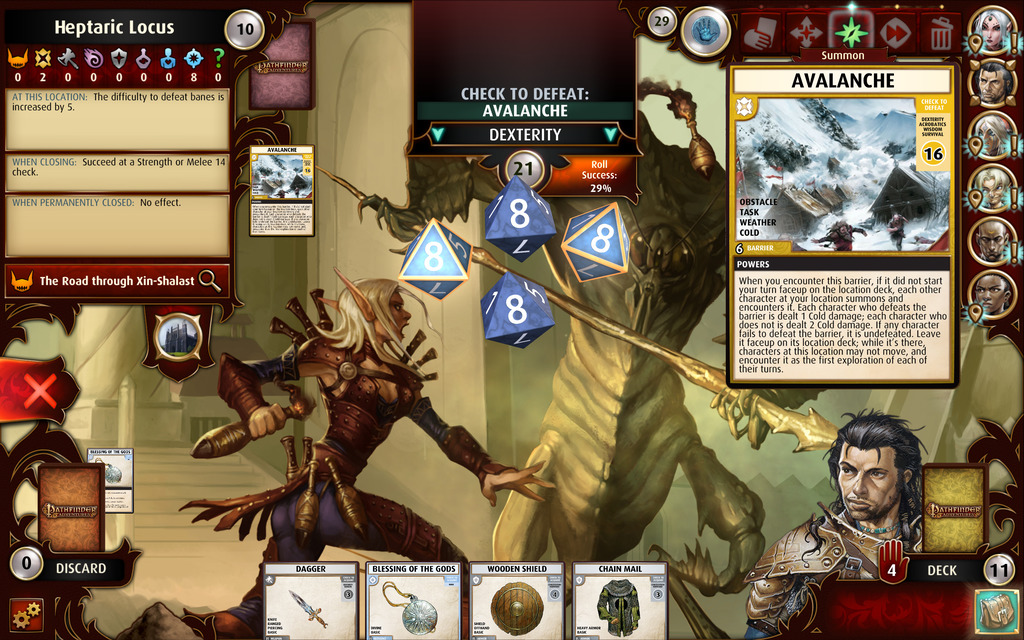 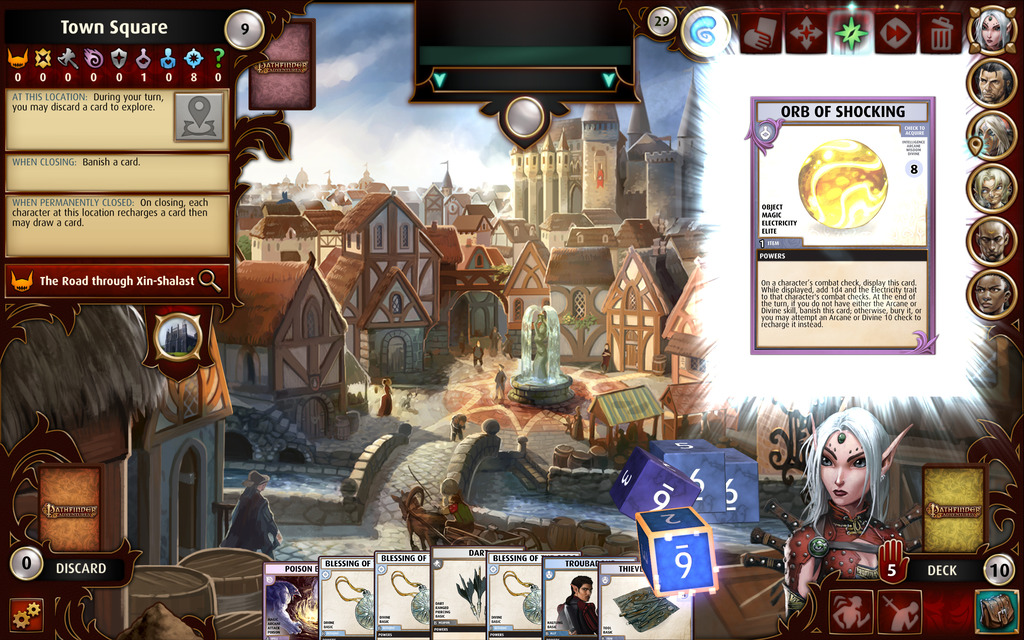